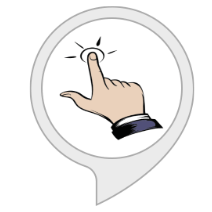 Why did I create this skill?

When I first bought an Amazon Alexa Echo, I was amazed on how useful it was. I bought it for the kitchen to play the radio, set food timers, change the temperature etc. It's a fantastic bit of technology to be able to do all of this hands free, especially when you have raw meat juices on your hands.

In the morning I go into the kitchen and say "Alexa, play radio 2", this is great to begin with but some days it can get tiring always having to say :-

I wanted to be able to control Alexa, but sometimes not with my voice. I wanted things to happen as I walked into a room, I started to wonder about using my home automation controller to talk to Alexa.

I have a Fibaro home automation controller which uses z-wave modules, so I connected a z-wave door / window sensor up to our doorbell button and removed the power supply and chime unit. The inclusion of this sensor meant that when the door bell button gets pressed then the sensor notifies my homeautomation controller.

On this trigger, a scene is run which sounds the chime unit and also sends an API request to this service. This subsequently notifies the Alexa service to sound the doorbell from the device in the kitchen.

Alexa pauses the radio, announces the door bell and then resumes playing the radio. I have since bought another one for the office, and was surprised to find that the doorbell announcement came out of that one too!

The Amazon Alexa system can go further than this through the use of Alexa Routines. These are scenes you can easily create to run when something triggers them, a doorbell press is just one of the many trigger inputs available, which got me thinking of this service, not as creating doorbells, but as creating triggers.

For such a small device it is really useful. Here are a few things you can do with it.

So as an example, you could create a scene which runs once per day so that when a z-wave PIR sensor sees someone in the kitchen for the first time that day, your Alexa device could say "Good morning Sunshine", give you a news and weather update and then play some music.

Alternatively, you could connect a conventional doorbell button to a z-wave sensor which notifies your controller to run a scene (available for download below).

Lets set this up.

How to set up your Alexa device

How to trigger the doorbell skill

To continue reading this article

Noticed a problem with this article? Click here to let us know